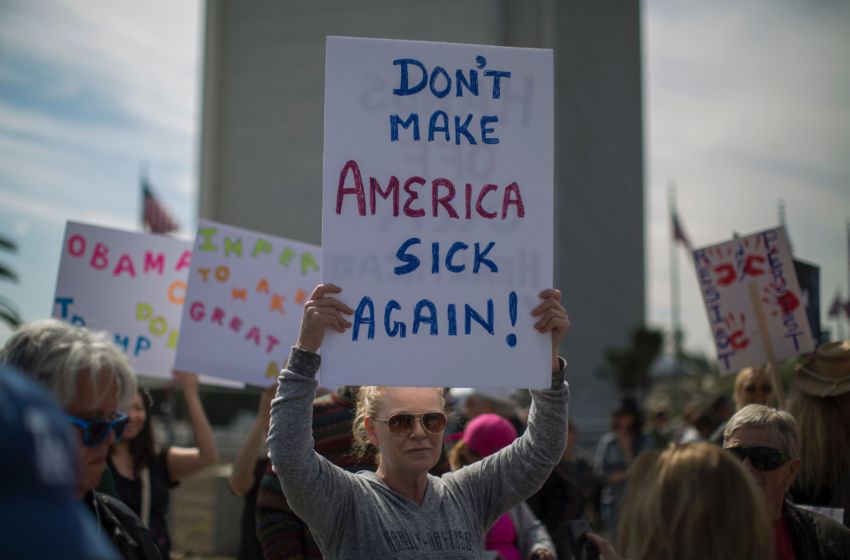 Declining rates of Medicaid enrollment in several states can be attributed to stricter guidelines imposed to make it harder for people living here illegally to get healthcare assistance. But in reality the new regulations set up by the government has meant that many who should be receiving this aid are being turned down, denied for not having adequate paperwork to get approved.

Medicaid is a government funded medical program for those who cannot afford health insurance. Generally those who apply and are accepted for Medicaid have included small children and elderly or adults with disabilities. The program expands each year as more money is allocated for services and more and more people fall below the poverty level and are eligible for this type of assistance. However, since stricter rules went in to place, this has not been the case.

Since the new 2006 Deficit Reduction Act, tens of thousands of United States citizens have been denied Medicaid because they lack proper documentation. This includes official birth certificates or passports and drivers licenses which many are unable to get. 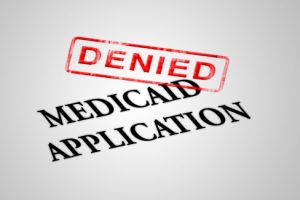 What has happened is that Medicaid has dropped in many states and it is because citizens are being denied coverage, not because a huge amount of illegal immigrants have been turned away from health care assistance. The federal law just doesn’t seem to be doing what it was intended to. Instead small children who need heart surgery or elderly who cannot afford medical care are being left to deal with the situation on their own. Without medical care when necessary, it ends up costing patients, hospitals even more.

While the idea of the new regulation may be a good one, the resulting actions have done more harm for those of our own country who are in desperate need of healthcare. Woman are going without prenatal care, children are not receiving check-ups because applicants are busy hunting down proper documentation to get the Medicaid process rolling. Children are waiting to be seen for minor conditions until they are severe and require expensive emergency room care and hospitalization. Asthma patients end up suffering greatly as a result of not being able to afford necessary medication.

There needs to be an easier way to prove citizenship for those born and raised in the U.S. but for whatever reason cannot easily obtain an official birth certificate or afford a passport and driver’s license. It is understandable that the government does not want to pay for illegal immigrants to obtain healthcare in a country that they are not a citizen of but the new regulations regarding Medicaid has ended up hurting those who need care the most, and are the people who the program was intended to help out.

When changing from analog to digital some asked, “why the digital change when the elderly and low-income families may not be able to comply?” Have you heard of Universal Health Care?

President Barack Obama wants to make a change to Universal Health Care, as this is the time when you have to ask, “why intercept the care of the elderly and low-income families that depend upon Medicare or Medicaid?”

Do you see a pattern?

Would this have occurred on John McCain’s watch?

In 2008 McCain planned on making cuts to Medicare and Medicaid according to The Wall Street Journal. No matter who won the 2008 presidential campaign, it was going to happen either way.

Irony in a Ballot Box

What do hospitals think of this change?

Over the next 10 years Obama plans on cutting $200 billion to hospitals and a total of $948 billion as a whole medically, just to save a big bucks. Obama makes his pitch that health care costs hurt the entire economy. Obama addressed focus on payments to Medicare and Medicaid.

Hospitals are concerned, in more ways than one.

If you have a family member in a hospital or nursing home that is covered through Medicare or Medicaid, you may want to pay attention to these changes, it could be enough to change your loved ones accommodations and treatment. Think cancer, think other terminal diseases, think of those that rely on hospitalization or hospital care.

Medicine will take on this change as well since Obama’s Universal Health Care system requires a $75 billion cut on Medicare prescription drugs.

If you have a family member with special needs that is covered under Medicaid, again, pay attention because the upcoming Universal Health Care plan just may put a dent in your loved ones care.

Obama plans on cutting $106 billion in a decade from payments to help treat the uninsured.

Machines, such as the MRI, will also feel the pinch during this change. Red tape may get in the way of approved usage, not to mention urgent situations that may have to be put off until a panel decides whether or not it’s appropriate to use. People could die if their condition is prolonged due to wasteful time. And this is what concerns most in the medical industry.

The doctors and nurses took the oath to save a life at all cost, but they didn’t expect the cost to get in the way of saving a patient’s life. Therefore, not everyone agrees with Obama’s plan which many consider false hope.

Who could care less?

The selfish, the spoiled, non-compassionate, non-empathetic, the ones that believe they would never need help from another. The kind of person that does not respect the needs of the elderly, sick or those with less. What do you think is going to happen to them when they get older and need government assistance? They just may understand then, but for now, there are those that can not think ahead or outside of themselves.

I have a father in a nursing home with special needs and know of some mothers on Medicaid that couldn’t have taken care of their children as much without it. Medicare and Medicaid cuts and tax hikes is not going reform, it will interrupt then destroy. Be counted, be heard, as you can visit StopUniversalHealthcare.org to add your name to petition against Universal Heath Care.

When Obama called these change to come “commonsense” did he mean “common cents?”

Click here to read another article about forming a trust.